One in four children in public schools across the United States are now immigrants or the child of an immigrant. This year, the U.S. expects the largest number of unaccompanied minors apprehended at our southern border ever—117,000 or more.

Nazario's presentation will discuss the tremendous traumas many of these children have faced even before they land in American classrooms—harrowing conditions that pushed them out of their home countries, the modern-day odyssey many of these children go on to reach the United States, and the increasing difficulties they encounter once they settle into the United States and face enormous conflicts with parents who have become strangers to them.

Nearly all immigrant children have the searing experience of having been separated from a parent in the process of coming to the U.S.  U.S. born children also face mounting anxieties over being separated from mothers and fathers if their parents are deported. Teachers face children who are crying, have hair falling out, are developing nervous tics due to stress.

Nazario will show how critical it is to understand and address these traumas if immigrant children are to learn through the true story of one boy, Enrique, whose mother leaves him in Honduras when he is just five years old to go work in the U.S. After not seeing his mother for 11 years, Enrique braves unimaginable hardship and peril to set off on his own to find her. He makes a dangerous journey clinging to the tops of freight trains through Mexico. He faces bandits, gangsters, corrupt cops, and El Tren de la Muerte--The Train of Death--in his drive to reach her. Enrique's Journey, perhaps the most read immigration book in the U.S. today, is a timeless story of families torn apart and yearning to be together again, of determination. It is a story of what so many students have gone through. To report Enrique's Journey, Nazario retraced Enrique's steps and spent months clinging to the tops of freight trains.

She will talk about Enrique's experience, her experience, and specific actions educators can take to help immigrant children get past these traumas so they can learn.

Sonia Nazario is an award-winning journalist whose stories have tackled some of this country’s most intractable  problems -- hunger, drug addiction, immigration -- and have won some of the most prestigious journalism and book awards.

She is best known for "Enrique's Journey," her story of a Honduran boy’s struggle to find his mother in the U.S.  Published as a series in the Los Angeles Times, "Enrique's Journey" won the Pulitzer Prize for feature writing in 2003. It was turned into a book by Random House and became a national bestseller.

Her recent humanitarian efforts to get lawyers for unaccompanied migrant children led to her selection as the  2015 Don and Arvonne Fraser Human Rights Award recipient by the Advocates for Human Rights. She also was named a 2015 Champion of Children by First Focus and a 2015 Golden Door award winner by HIAS Pennsylvania.  In 2016, the American Immigration Council gave her the American Heritage Award. Also in 2016, the Houston  Peace & Justice Center honored her with their National Peacemaker Award.

Nazario, who grew up in Kansas and in Argentina, has written extensively from Latin America and about Latinos in the United States. She has been named among the most influential Latinos by Hispanic Business Magazine and a “trendsetter” by Hispanic Magazine. In 2012 Columbia Journalism Review named Nazario among “40 women who changed the media business in the past 40.” In 2020, Parade Magazine named Nazario one of “50+ Most Influential Latin-American Women in History.”

She is a graduate of Williams College and has a master’s degree in Latin American studies from the University of California, Berkeley. She has honorary doctorates from Mount St. Mary’s College and Whittier College. She began  her career at the Wall Street Journal, and later joined the Los Angeles Times. She is now at work on her second book. 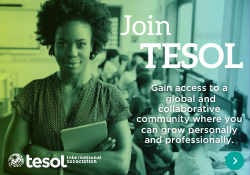 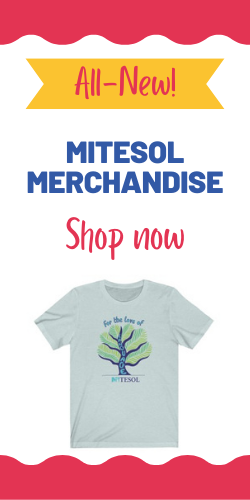